I started this morning still feeing somewhat irritated about the shifting problem. I tend to obsess about the details and if everything isn’t perfectly perfect, I can get a bit sideways. Jen reminded me again during our morning FaceTime to just let it go and get on the bike. Anyhoo, after breakfast, packing my gear and FaceTime, I was again on the road around 8:15am.

Somebody was “camping” in this thing at the campground: 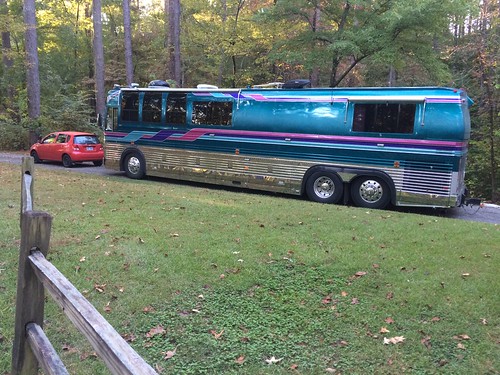 It turns out that the fiddling I did with my rear derailer made it work good enough, that I was able to access all the gears I needed today. Yay for fiddling!

I met some other cycle tourers today so that was awesome! First, I met Roland and Pierre from Quebec BC. It was the first cycle tourers that I’ve actually met face to face so I didn’t even think to take their picture or ask them lots of other questions… I just kind of stood there like a big dummy. Ha. Anyway, they did say they were headed to Argentina. When I told them where I was headed their response was “That’s it??”. 😐

The next guy I met was Wilson from Washington DC. He was headed to somewhere in Texas and he said he hand delivers hand written letters. Seemed awesome and he traveled super light! 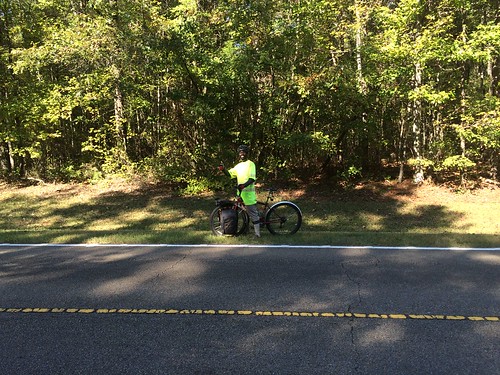 I saw two other fellows but traffic was heavy and we couldn’t pull over to chat which left me wondering about the official bike tourer etiquette (if any). How does one signal to the other that they’d like to chat other than the obvious, waving hysterically like a big dummy?

Lunch was at a Chinese buffet in Houston MS which was 4 miles off the trace. The food was meh and totally not worth the 8 miles to get there but lunch options were limited on this section of the trace.

After lunch, I got back into the zone and was in Tupelo before I knew it. I stopped by Bicycle Pacelines and Bryan fixed me right up! Let’s hope this is the last of this issue. 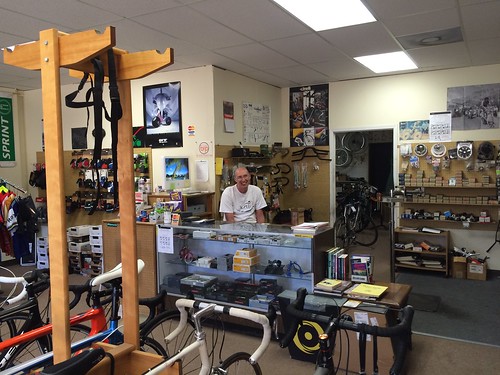 I decided to take my motel room option tonight and I’m currently sitting in a $45 room in Tupelo MS as I type this. I didn’t ask about hourly rates, but I bet they have them. I picked this place for two main reasons. First, it was the first motel I came to after leaving the bike shop. Second, there was a steak house across the street called Woody’s. My steak dinner literally cost $10 more than my room. Priorities people. 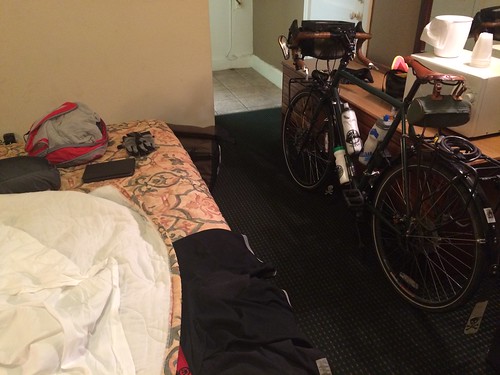 Tomorrow’s milage is 61 but the guidebook I’m using says “Mostly gentle rolling hills near Tupelo. Moderate to challenging hills between the Tenn-Tom Waterway and Colbert Ferry”. 😐

Today was awesome; the best I’ve had on my trip.